Our client, who regularly goes on expeditions by his car UAZ, sent us a travelogue and photographs from a last adventure.

As it has been already customary, the longer trips has been alternated with shorter trips in regular cycles. After last year's trip to the peninsula of Crimea and North Caucasus, this year 2016 the short, but the more varied journey of 5.400 km, leading to Slovakia, Hungary, Ukraine, Moldova, Transnistria, Gagauzia and Romania. 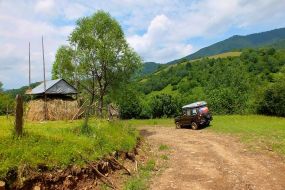 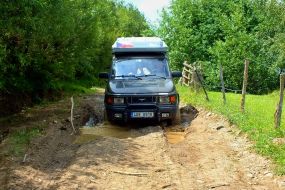 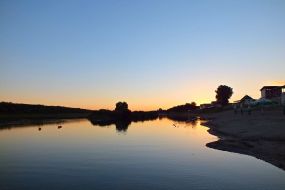 The first stop was the notorious Romany ghetto Lunik IX in the Slovak city Kosice. The journey continued to town Chierna nad Tisou and further to the Ukrainian town Chop, followed by a visit of the town Kolchava in Zakarpattia region, where we see a grave of “Nikola Suhaj the Robber” (a main character of the same name Czech novel) and have a lunch in a restaurant called “Gandarmerie station”.  Our UAZ also tried a rougher off-road on an impassable terrain going to the Ust-Chorna. After crossing the border, the next destination was Moldovian town Soroca, called as a capital of wealthy Romanies coming from all over the world. Unbelievably huge palaces in a hillside above the town, besides other things imitating the White House indicates that the Roma elite from around the world has truly settled down in this town. 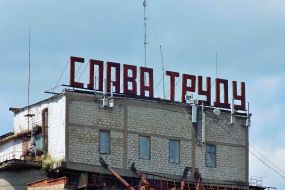 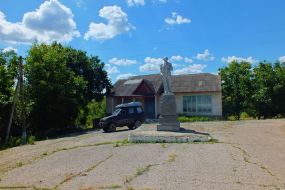 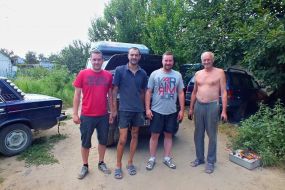 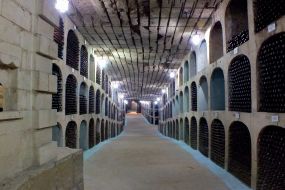 After that, from an administrative perspective complicated transfer to separatist Transnistria ensued. As a reward for bureaucratic hardships was a nice bath in the river Dniester and a dinner in town Camenca. The following day during the passing Transnistria we headed to Rybnitsa town and especially to the village with an interesting name “Lenin”, which is a promontory of Transnistria in the border with Ukraine, one could say it is also the end of the world. We convinced ourselves, probably as the only one tourist for many years, who set out here, that V.I. Lenin has been really looking down from a tiny square at the end of the world at a few dilapidated buildings and an abandoned kolkhoz. The next stop for bathing was Transdniestrian Dubosari, where were struck by trouble in the form of a charge failure. However, it was no problem for a local, highly regarded electrical fitter named Seryozha, who stripped down the alternator and repaired it using components of vehicles GAZ VOLGA 24 and Opel Combo in two hours. Hereby we thank him for it and at the same time we are taking off our hat to him due to the speed and the highest possible quality of the repair, considering the conditions. Then we left Transnistria, had dinner in the capital of Moldova-Chisinau and visited the world-famous wine cellars in MILESTI MICI, according to the entry in the Guinness Book of Records they are the largest wine cellars in the world, their length is 220 km and the possibility to see inside had also UAZ, because the excursion is taken by own car!!! 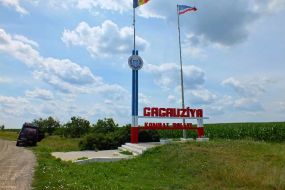 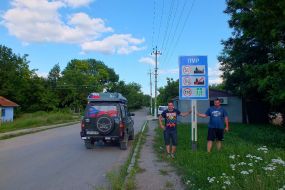 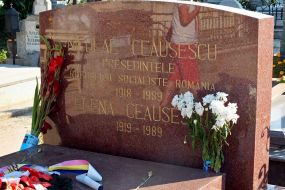 On the way to the Romania border, we visited a very nice autonomous republic Gagauzia and its capital Comrat. After a swim in the Black Sea in several places of the Romanian coast, we went for a tour of the presidential palace in Bucharest, which was built by dictator Nicolae Caesescu.  At the local cemetery we found and photographed the grave of the dictator and his wife Elena. The last stop on this year's trip was a town Targoviste and local military garrison building where the aforementioned couple was tried and then executed in December 1989. Everything has been preserved in the authentic form, including a wall with bullet holes, where they were executed. On the way back home UAZ took us on the most beautiful roads of the world -on the Transfagarasan highway, but that time ideas of the future trip in 2018 were arising. 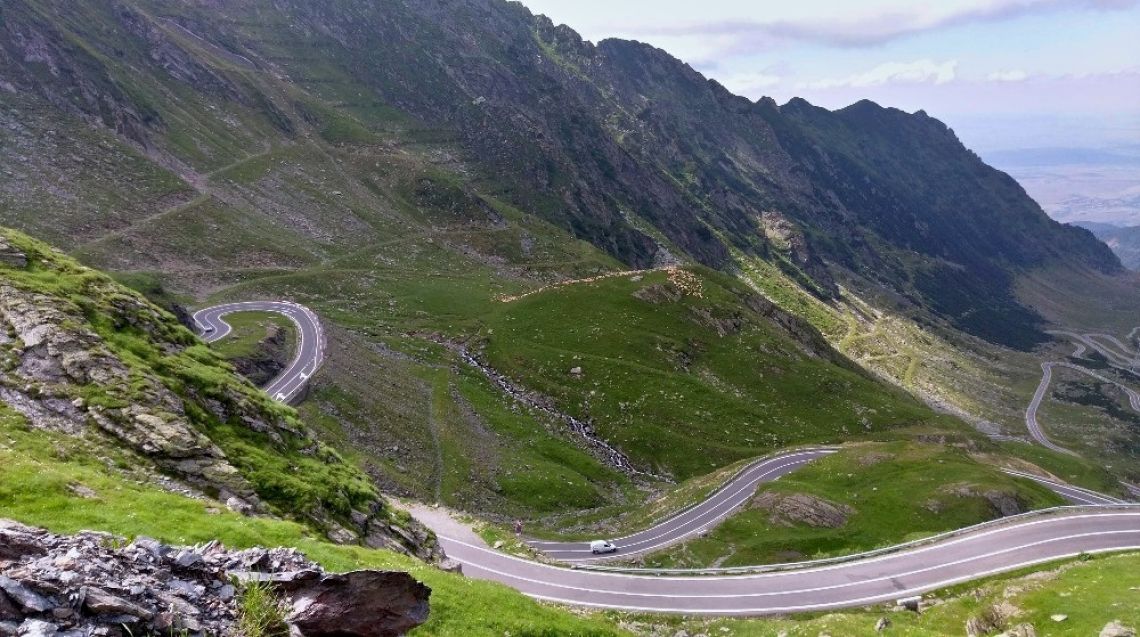 Text of the travelogue and the photos: Petr Hladky- town Most