The Day of Russian Technology 2018


On May 24, 2018, an exceptional event called "The Day of Russian Technology 2018" took place in Hradec Králové at the s-drive polygon. It was a unique event focused on the static and dynamic presentation of passenger and off-road vehicles of the Russian Federation. The whole event was set up by an official importer of UAZ, LADA and GAZ cars - AMC plant, s.r.o.

It was possible to see UAZ, LADA and GAZ vehicles on the spot. A dynamic presentation of vehicles with expert explanations was prepared for visitors and the media. The participants were able to learn briefly about the advantages and benefits of off-road vehicles imported from Russia. All cars were available for inspection and most cars were ready for test drives.

The biggest interest was in UAZ cars. The model line was dominated by the brand's flagship - the UAZ 3163 Patriot model in the highest Style trim level. Thanks to its design, the traditional Russian iron on wheels UAZ 3151 Hunter also attracted lovers of traditional military vehicles. The most popular car in Europe, the UAZ Classic, also nicknamed as "Buchanka", was presented in two versions. It was a UAZ 2206 Cross-country minibus and a UAZ 3909 Combi. Furthermore, the public could get acquainted with the UAZ 2363 Pickup model, a variant derived from the flagship UAZ 3163 Patriot model. A novelty this year is the UAZ 236020 Profi Singlecab and UAZ 236324 Profi Doublecab off-road truck. Both presented variants were equipped with a 4x4 drive. 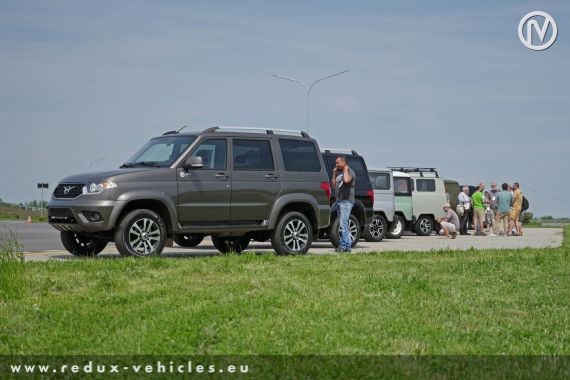 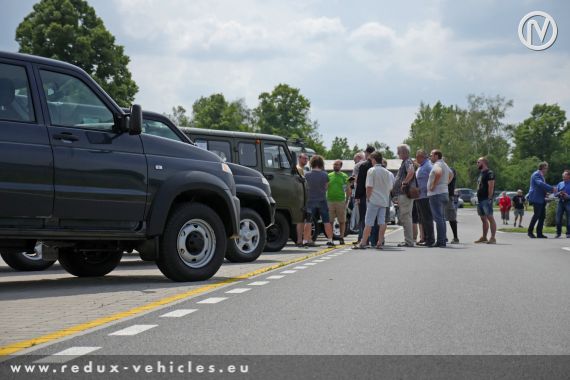 UAZ cars enjoy popularity across the whole Europe, with the strongest markets being Germany, Belgium and Italy. This year's novelty UAZ Profi is the most popular in neighbouring Poland. Cars with a UAZ military tradition are also sold in Scandinavia, Hungary, the Netherlands, Bulgaria, Slovakia, Iceland and other countries of the European Union and the European Economic Area.

UAZ vehicles homologated according to European standards are also exported to Japan, where they are allowed on the local roads without major modifications.

The popular car from the Russian AvtoVAZ factory is very popular in our country. Traditional three-door and five-door LADA 4x4 models are imported to the Czech Republic from several sources. AMC plant, s.r.o. however, it also offers special models.

It is, for example, the LADA Logo 2329 model. The popular bodywork pick-up with an additional reduction gearbox is based on the five-door model and has a payload of up to 500 kg. It has no direct competitor on the market, thanks to its simple design solution. 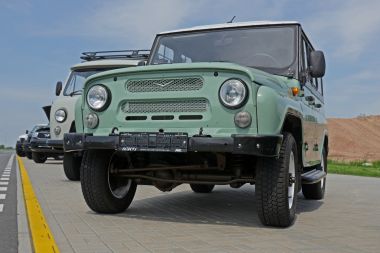 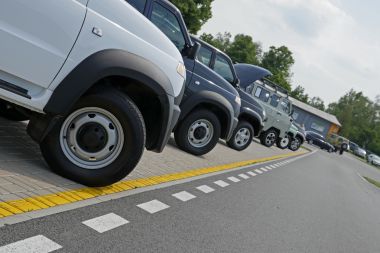 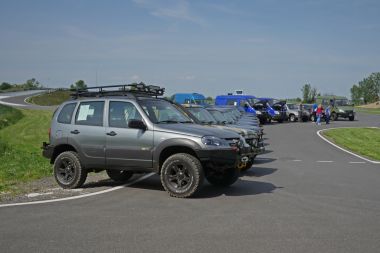 An attractive model for all lovers of off-road vehicles is the Bronto 212140 model. It was possible to see the Classic / HardCross version on the spot, which excels with aluminium bumpers and a rubber extension of the body edges. The new LUXE / Image trim level, which was also on display at the event, has plastic bumpers and plastic fender extensions, with fog lights at the front.

The main advantages of both vehicles are factory-supplied off-road tires and alloy wheels, a reinforced chassis, a set for increasing ground clearance and self-locking differentials on both axles. In the interior, front heated seats, electrically operated windows and electrically operated heated rear-view mirrors await passengers. Thermal comfort is ensured by powerful heating and manual air conditioning.

Thanks to small approach angles, high ground clearance and off-road equipment as standard, the Bronto 212140 is becoming an increasingly popular car throughout Europe. The strongest markets are the Czech Republic and Germany.

Chevrolet Niva cars, which use the engine and chassis of the classic LADY 4x4, were also on display. These cars are created thanks to the cooperation of AvtoVAZ and General Motors.

A road van based on the GAZ GAZelle NEXZ 4x2 frame base in the L3H3 design was also on display. This model can be factory equipped with a rear differential lock, which increases off-road clearance. GAZ GAZelle NEXT has a front axle with independent suspension and due to the frame construction high resistance on bad roads. 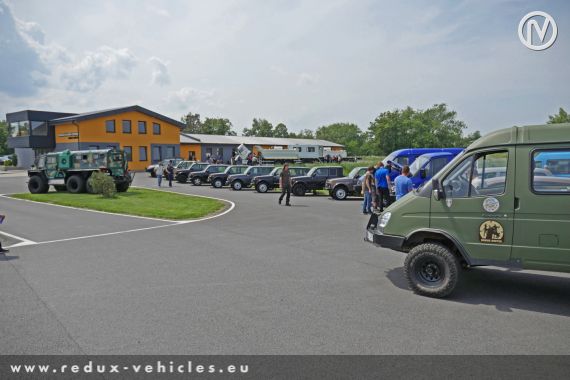 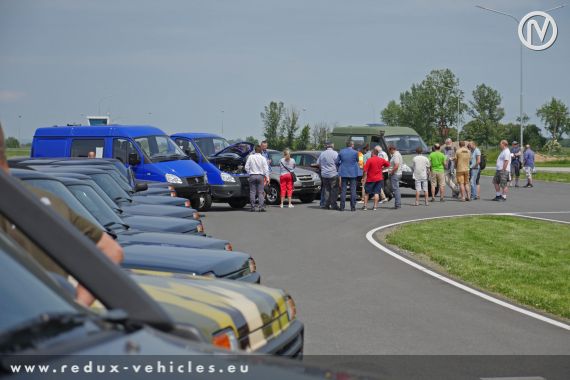 The highlight of the event were two special off-road transporters of the national Z category. These are vehicles equipped with Avtoros low-pressure tires. Thanks to them, these vehicles are even able to float. Another advantage is the possibility of crossing the vegetation or the human body without damaging the plants or injuring a person.

The two-axle LADA Niva Extreme Cross is based on the traditional Lada 4x4. The body is mounted on an UAZ army frame. The axles are with reducers directly in the wheels. Under the hood, a 1.7-liter four-cylinder petrol engine with an output of 61 kW works. The vehicle is homologated for road use. Officially it is not allowed only on the highway, due to the design speed of less than 80 km / h. On request, the vehicle can be delivered with anybody based on Lada 4x4. 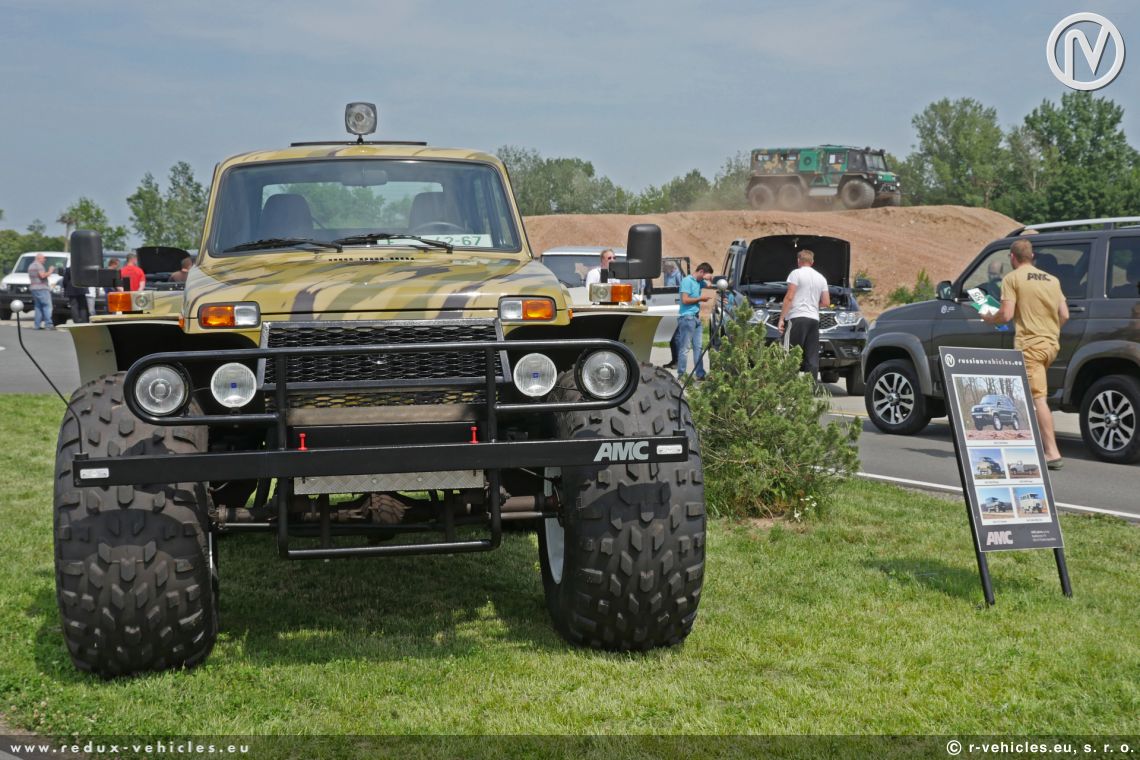 Petrovich 6x6 is a Russian all-terrain transporter modified according to European Union regulations. The vehicle is homologated for road traffic. The exception is the highway. Behind the driver is a 2.3-liter Iveco F1 diesel engine. The drive unit is connected to a six-speed manual transmission. Thanks to the integrated compressor, it is possible to regulate the tire pressure directly from the driver's seat. The car can also be driven with a group B driving license for up to five seats and with a group C driving license for up to nine seats.